I had no idea this sculpture was a head in the beginning. As the work evolved it became a strange head with an extended nose that carried a Juniper and flowering plant. The nose became self-fulfilling. It nourishes trees and plants which send out smells that return and enrich the nose. 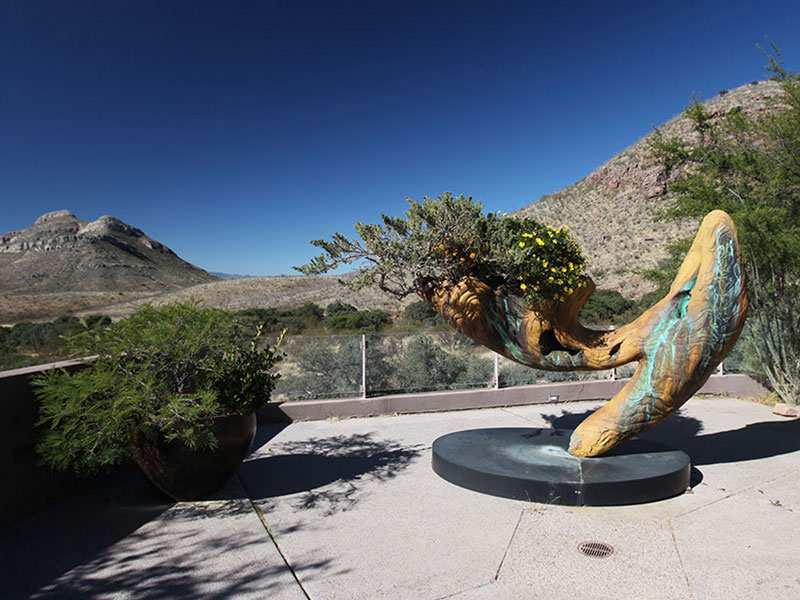